Despite the domination of steam locomotives on the railroad for almost 70 years, new technologies began to emerge around the turn of the century that would eventually revolutionize railroad travel. Although diesel engines first appeared at the end of the nineteenth century, it was not until General Electric combined it with electricity in 1917, that the technology became suitable for locomotives. Still, railroads did not incorporate these unproven locomotives until government, in the 1920s, mandated railroad companies to eliminate air-polluting steamers from urban rail yards. In 1925, General Electric, in partnership with Ingersoll-Rand and the American Locomotive Company (ALCO), created the first commercially successful diesel-electric locomotive, identified as the No. 1000.

This first diesel-electric off the assembly line was purchased by the Central Railroad of New Jersey (CNJ). Almost immediately, other railroads followed suit as they discovered that diesel-electrics were more efficient yard switchers because of their maneuverability and cost-effective operation, leading to the dieselization of the American railroading fleet and the eventual demise of the steam era. The CNJ No. 1000 served for more than 30 years in the Bronx, New York rail yards, where B&O freight trains bound for New York terminated and were served by this unit.

The CNJ No. 1000 was cosmetically restored in 2021 to its historic 1950s paint scheme featuring the iconic Statue of Liberty emblem. This restoration was completed in memory of Robert D. Timpany, Trustee of the Central Railroad of New Jersey, and made possible with the generous support of individual donors and the Baltimore National Heritage Area. 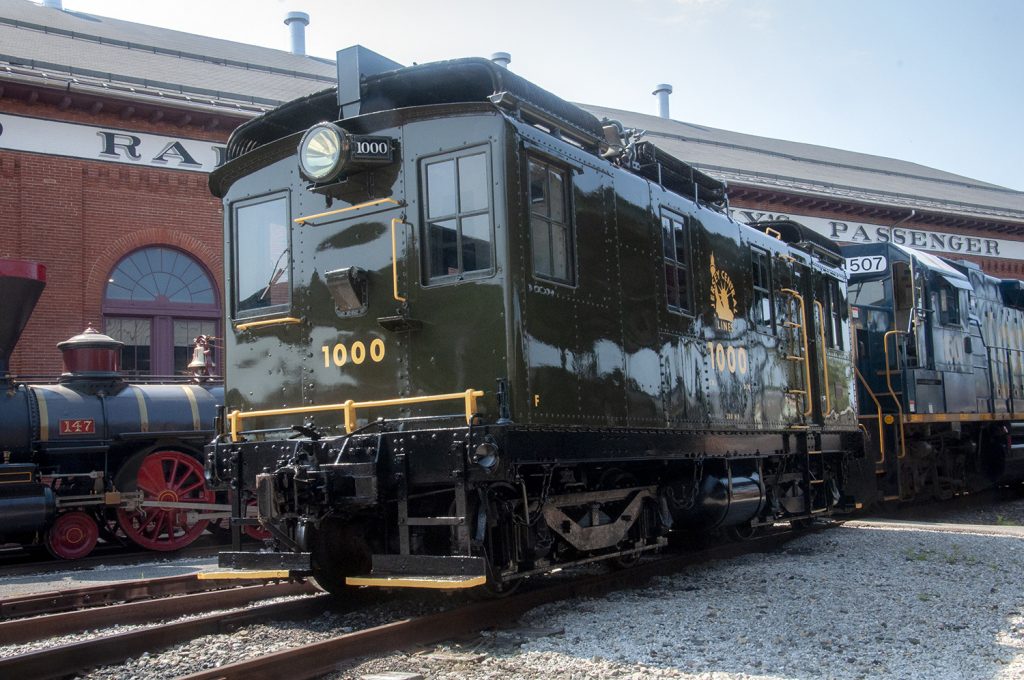 We did the train ride and our guide on board was excellent (history/information for the parents).